As UNTV Life celebrated its 11th year anniversary of introducing true public service in the Philippines, its fans and supporters in New York also celebrated in true UNTV fashion — by bringing public service to the city that never sleeps.

On August 22, 2015, Members of the Church of God International (MCGI) from New York and South Jersey, USA marched to the city’s grand Central Park and volunteered to clean up one of the historic park’s busier areas. 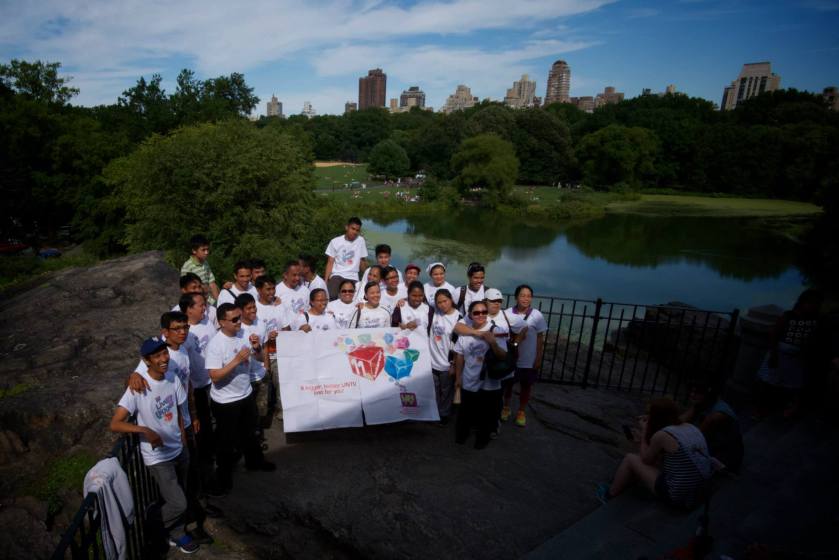 Aug. 22, 2015 – Some of the volunteers of New York and South Jersey pose for a photograph after the clean-up drive in Central Park, New York City to celebrate UNTV’s 11th year of public service around the globe. [Aaron Romero, Photoville International -NY/ UNTV ]

The group has been awake since 2 a.m. to attend MCGI’s weekly Thanksgiving to God celebration. The live event follows the time zone of the Philippines, where the bulk of the members are.

A full day of listening to God’s words and offering songs of praises to the Almighty did not diminish the group’s energy one bit.

In fact, one could say that the early-morning thanksgiving celebration gave them a vibrant jolt of energy; they were still very much awake and excited to help keep one of the world’s most loved parks clean.

And so after traveling from Queens to Manhattan via the trusty subway, the group walked the trails of Central Park and climbed the Belvedere Castle.

After a short registration, the group was given IDs and broke into smaller groups to cover more of the park’s ground. More than 50 volunteers registered to become part of clean-up drive.

And as the volunteers started to walk about their different paths, they wore happy smiles to beat the summer heat.

From late noon to a bit over 4 p.m., the dispersed groups traipsed around the city’s beautiful park, on the look out for debris both big and small. Several of the park’s visitors noticed the group’s efforts, and thanked them for their service.

Brethren from the combined locales of New York and South Jersey tread the historic Central Park with the goal of keeping it clean. [Pol Arellano, Photoville International – New York]

Journeying to clean up one of the world’s biggest parks. [Pol Arellano, Photoville International – New York]

A quick snapshot to remember the moment by, with New York’s skyline as a background. [Pol Arellano, Photoville International – New York]

After an afternoon of cruising the Central Park, the volunteers donning the white “UNTV Live Bigger” shirts met once more at Belvedere Park to dispose of their garbage collections properly. 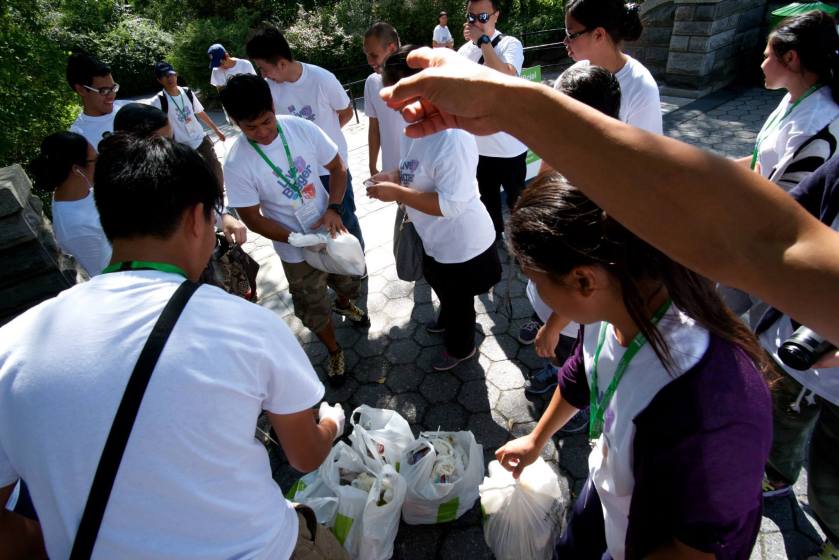 After a day spent spiritually and philanthropically, the MCGI volunteers from New York and South Jersey left the Central Park with contented smiles and grateful hearts.

From the fans and supporters of UNTV Life in New York and New Jersey, congratulations to UNTV’s 11 years of unparalleled, game-changing public service!