To celebrate Kuya Daniel Razon’s 30th year in service to God and humanity, here are 30 amazing things about the multitalented Filipino pride that is Kuya Daniel.

1. Bro. Daniel started speaking in public at age three. Bro. Eli Soriano, his beloved uncle, composed biblical poetry and other pieces for him to recite in front of crowds. He memorized them and delivered them to the delight of many.

2. He originally wanted to become a doctor. However, his desire to help propagate God’s words took him to the field of Mass Communications and broadcasting.

3. His favorite superhero is Superman.

4. Bro. Daniel used to be a radio show host on DZRH. His moniker was Dr. Clark.

5. He is the nephew of famed Philippine photographer Bob Razon, father of Philippine portraiture. Bro. Daniel stays true to his lineage – he is an accomplished photographer, with published books showcasing his works. The sales of which, went straight to charity. 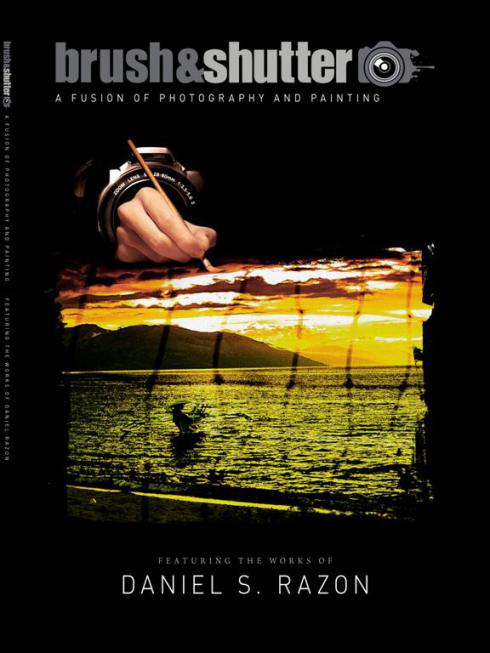 A Fusion of Photography and Art for the benefit of the Kamanggagawa Foundation. Photo courtesy of Jocas See. http://battlefieldman.wordpress.com/tag/acid-design-communications/

6. Even before entering college, Bro. Daniel served as the Ang Dating Daan TV program’s first director and video editor. He was 15 when he started the job.

8. Kuya Daniel has recorded several albums. His first album “All My Life” is a platinum record-holder.

9. His second album, entitled “Isang Araw Lang,” made music history in the Philippines. It is the first album to become a gold record-holder on the first day of release.

10. He started the advocacy “Isang Araw Lang” or “Just One Day” which aims to encourage people to do good even if it’s just for one day.

11. Kuya Daniel is also a talented composer. He has composed many Church songs that the members of the Church of God International (MCGI) often sing during thanksgiving celebrations.

12. With God’s help and mercy, Kuya Daniel is able to create a new song of praise just in time to celebrate his spiritual birthday each year. This year, his composition is entitled “Magpakailan Pa Man” or “Forevermore.”

13. Kuya Daniel spearheaded the Kahit Isang Araw Lang Unity Run in Manila, Philippines, which holds the world record for the largest running event in history. At least 300,000 participants joined the run in 2012.

15.  Kuya Daniel is also a writer, director and actor. He made his directorial and acting debut on 2009’s Isang Araw Lang movie.

16. This year, Kuya Daniel’s sequel to the 2009 film will be released. The premiere night will be shown in the Philippines and some parts of the world.

17. All of the proceeds for both films go directly to charity.

18.  Daniel started the Protest Broadcast concert series. Benefits of the concert and the album were given to the families of slain journalists.

19.  Kuya Daniel was given the Doctor of Humanities Honoris Causa for his exemplary work as a public servant and humanitarian.

20.  His website www.danielrazon.com has won numerous times in the Philippine Web awards. In 2011, the website took home the People’s Choice award for the sixth consecutive time.

21. In 2009, Kuya Daniel was the first Filipino journalist to be nominated for a Shorty Award in the Best Journalist category.

Kuya Daniel gets nominated for a Shorty Awards in Journalism.

22. He was crowned as The Outstanding Philippine Leadership Excellence’s (TOPLEAP) Philanthropist in the field of Journalism for 2011.

23. Kuya Daniel is the brains behind the first mobile radio booth in the country, the UNTV Mobile Radio.

25. He is the proponent behind “Tulong Muna, Bago Balita” or “Rescue First, Report Later,” a movement that gives more importance to saving lives more than a news item.

26. Bro. Daniel had the whole UNTV News Team undergo a series of trainings for emergency and rescue situations. Thus, the UNTV News-and-Rescue team was born.

27. Kuya Daniel brought back the glory of radio with “Dear Kuya,” a radio program showcasing real-life stories of people seeking advice. The resident advisor is Bro. Eli Soriano, who bases his answers on verses from the Bible.

28. For his role in providing free medical services and revolutionizing healthcare in the country, Kuya Daniel is one of the Eight Pioneering Individual or Community (EPIC) awardees for 2013.

29.  He started the Rescue Cab: Tulong Muna Bago Pasada, which aims to educate taxi drivers in providing life-saving first aid measures and emergency help to those in need.

30.  For his exemplary and revolutionary contributions in the fields of journalism and public service, he is given the prestigious Dangal ng Bayan Award for being an Outstanding Journalist and Public Servant.